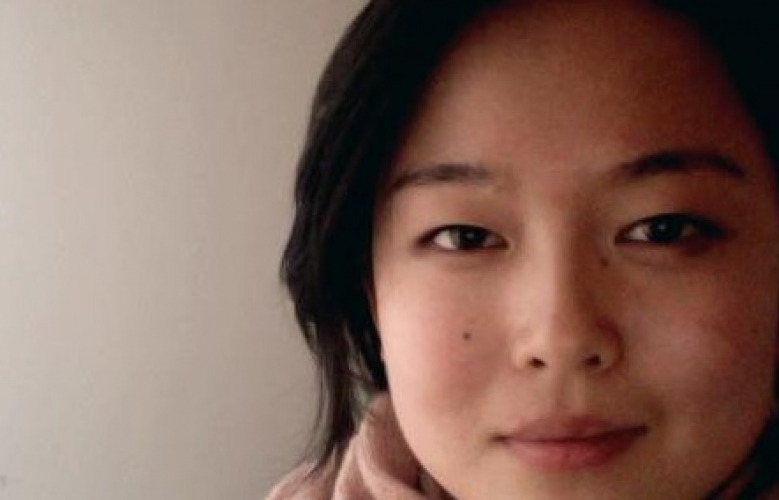 My full name is Rachel Youngeun Rostad. This can be kind of confusing to people. So my birth name was Youngeun. I used to think my birth mom gave it to me. But she didn’t. It was given by the foster home, not much more than a barcode.

Then my parents adopted me and renamed me Rachel, and turned my birth name into my middle name. Rachel Youngeun Rostad.

Most names mean admirable traits like “strong,” “kind,” “beautiful.” When you name your daughter, it’s a prayer for everything you want her to be.

Starting when I was seven, I spent every summer at a Korean culture camp. There, my name was my Korean name, Youngeun. Now, I am trained to answer to both “Rachel” and “Youngeun.” Kind of like knowing how to use both forks and chopsticks.

I’ve never had a nickname.

According to google, there’s a Rachel Rostad who’s a fashion designer in LA. And there’s another Rachael Rostad who apparently is the Goodhue County Dairy Princess. I’m not sure exactly what this means but there’s a picture of her with a gold medal and a cow. Both of these other Rachel Rostads have blonde hair.

When you find, say, an injured bird in your backyard, and you wanna to nurse it to health, they tell you not to name it. If you name something, it becomes a someone. It makes it harder to give it up.

When my parents named me Rachel, it was a prayer for everything they wanted me to be: American.

Sometimes I’m glad my first name is as apple pie and baseball as Rachel. But also kinda not.

How your ancestors had a different name stepping off of Ellis Island than when they stepped on.

The pros and cons of taking your husband’s last name as your own.

The pros and cons of accepting a diagnosis.

Some say written language is only the bad translation of spoken.

You cannot read a speech and see the speaker.

You cannot read sheet music and hear the song.

When the very first word was written down, something must have been lost.

When my parents renamed me “Rachel,” something must have been lost.

Two years ago, I started the search for my birth mom. She still hasn’t answered my letter. The adoption agency tells me she lives in Seoul. This is the closest to knowing her name I will get.

Let’s imagine I know her name. If I found her Facebook profile, would this count as a reunion?

Let’s imagine she found my name in a newspaper. Would she picture “Rachel Rostad” as a girl with blonde hair?

The name Youngeun is a barcode. The name Rachel is a Made in America sticker slapped onto a Korean flag.

I have never had a nickname.

Either that, or I’ve only ever had nicknames.

Sometimes I wonder what my birth mom would have named me if I hadn’t been a wild animal she’d eventually have to release.

She still hasn’t answered my letter. I’m not waiting for a reply. When you name your daughter, it’s a prayer for everything you want her to be. It makes sense, then, that she named me nothing.