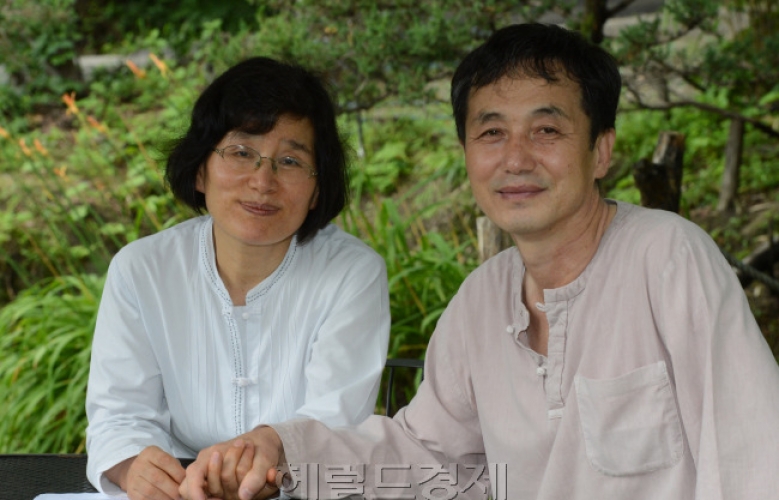 Gang Su-suk, 52, and her husband Tag Jeong-sig, 60, have a big family by anyone’s standards, but of their 10 children, eight were adopted and a ninth is being fostered.

“When my husband and I had our first son, I felt a strong urge to adopt kids,” Gang said. “My mother passed away when I was little so I know how hard it is for a child to live without a mother. This naturally made me want to adopt.”
With the support of her husband, Gang adopted her first child when her eldest son was 5 years old. But as she came to see so many children placed in orphanages and welfare facilities, her passion for adoption grew even stronger.
Being a good parent and raising kids is not an easy task. Yet Gang and her husband chose to take an even harder road. Her early experiences in working with people with disabilities drew her to helping disabled children.
Gang and Tag adopted five kids with disabilities ranging from a severe form of cerebral palsy to physical deformities.
In recognition of their dedication and sacrifice, the couple was awarded the Civil Merit Medal by President Lee Myung-bak in July. But the couple claims they learn and grow to be better individuals by raising their kids.
“Adopting kids and raising them is a learning process. I learn from my kids to be a better mother,” Gang said. “I used to think that having disabilities is something that can be conquered but I was wrong. Having disabilities is something that should be accepted.” 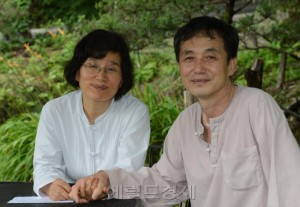 Although five of Gang’s children have various disabilities, they often do not realize that they have such differences because they are not treated any differently at home or at school.
“I tell my kids that wearing a pair of glasses can be considered a disability and that it is not a difference,” Gang said. “They sometimes forget that they have disabilities and help other kids at school who are in special classes due to their disabilities.”
With 10 children between the ages of 6 and 18 to care for, Gang has much more to do than most mothers.
“People wonder how we do this and I know it’s something that happens beyond our power and ability. I wouldn’t be able to do this without my husband and prayers,” Gang said. “We have regular meetings with other adoptive parents to continue educating ourselves to become better parents.”

Gang and Tag are considered first generation adoptive parents. When the couple adopted their first child, Korea’s adoption regime was completely different from today’s.
“There used to be no research done on adopting older children so the parents often had to do their own research by translating foreign books,” Gang said. “Korea’s adoption system has definitely improved but there is still a long and hard road ahead of us.”
According to the Ministry of Health and Welfare, approximately 3,752 orphans under the age of 18 are living in welfare facilities and only 1,548 kids were adopted in 2011.
“Having to see so many babies put into facilities such as Kkottongnae breaks my heart. It is hard not to shed tears when I see babies crawl into the arms of volunteers yearning for love,” Gang said. “It’s important to change people’s perceptions toward adoption. People think adoption is difficult but it’s not. Everyone can adopt.”
People who already have their own children often hesitate to adopt mainly because they worry that they might not be able to love and treat their children equally. But for Gang and Tag, it was not an issue.
“A lot of people wonder if we could love and treat our kids equally with our eldest son,” Gang said. “Adopting a child is like two people falling in love with each other. Two strangers meet and they come to find the moment when they feel like they are one. Adoption is the same.”
Gang and Tag still face the normal struggles of parenthood. Although they have brought nine children into their home, each time was still an agonizing process.
“We think about a lot of things when we decide to bring a child to our home. We have to make sure that we are capable as parents to provide them with a good education and upbringing,” Tag said. “As adoptive parents, we need to learn to wait and be patient with kids because they are often emotionally hurt.”

Covering the expenses of raising 10 kids is also a hurdle.
“The cost of raising our kids is, without a doubt, a weight on our shoulders but we receive help from different people in our community,” Tag said. “For instance, students from Seoul National University said they want to tutor our older kids and the owner of a kindergarten offered a reduced tuition fee for our younger kids.”
It was also not an easy decision to make when it came to adopting disabled children. When the couple looked for kids with disabilities, they were often wrongly perceived by the staff of welfare facilities.
“People sometimes didn’t understand why we wanted to adopt kids with disabilities. There were several times when they thought we wanted to use them to beg for money,” Gang said. “This shows how rare it is for Koreans to adopt kids with disabilities.”
Gang now hopes that people will change their perceptions.
“To be honest, I wasn’t sure if I could take care of my son (with cerebral palsy) when I first met him. He could not walk when we first brought him home,” Gang said. “But, after going through several surgeries, my son can now run and play with his friends, which means the world to us.”
Gang pointed to the growing number of single mothers and their children and said that a lot of people do not adopt kids simply because they do not know that there is a need.
“What I cannot emphasize enough is that when kids are adopted, whatever problems or situations that they might face will be solved and improved,” Gang said. “I hope our society realizes that we can all make a difference by having an open mind to adoption. It really does change the life of a child.”