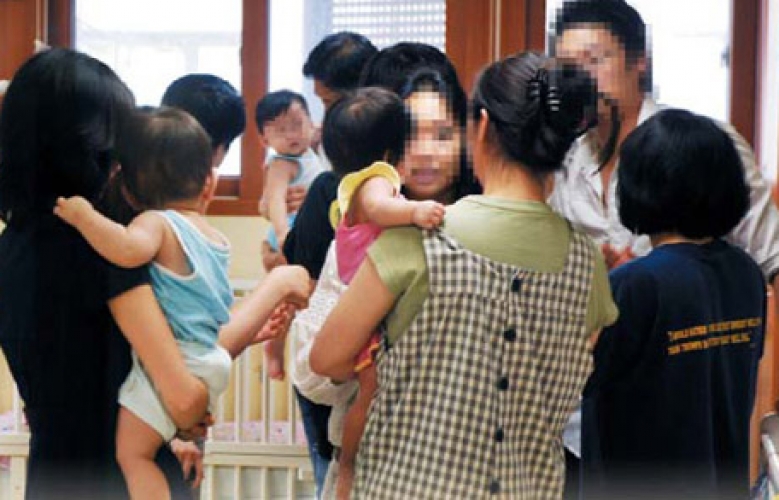 Korea is still the largest exporter of babies for adoption to the U.S., highlighting the need to strengthen child protection in the country. According to the 2011 Annual Adoption Report to Congress released Friday, out of the total of 2,047 foreign-born children adopted by U.S. families from October 2010 to September 2011, 734 or 36 percent were from Korea.

The Philippines was a distant second with 216, Uganda third with 196, India fourth with 168, and Ethiopia fifth with 126. Korea last topped the list in 2003 and since then it ranked fourth or fifth until it reclaimed first place this year. 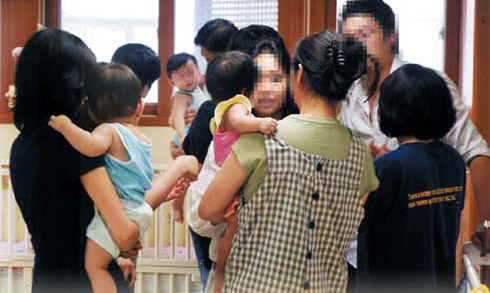 According to the statistics by the Ministry of Health and Welfare, among the total 2,475 Korean children who were adopted last year, 1,013 were adopted overseas. Despite its respectable economic status as the world’s 13th largest economy, Korea is still sending 40 percent of children who are up for adoption overseas.

The Hague Adoption Convention stipulates, « Intercountry adoptions shall be made in the best interests of the child and with respect for his or her fundamental rights. To prevent the abduction, the sale of, or traffic in children each state should take, as a matter of priority, appropriate measures to enable the child to remain in the care of his or her family of origin. » Adoption overseas should be the last resort.

But Korea still remains as a major exporter of babies due to weak child protection and public aversion to adoption. Nho Choong-rai, a professor at Ewha Womans University, said, « There is lack of childcare and foster care facilities in Korea, and in-country adoption for many disabled or older children is quite rare, so they usually end up being adopted overseas. » Disabled children in particular are mostly being put up for overseas adoption and constitute less than 3.5 percent of total adoptions in Korea.

After a new government policy that encourages domestic adoption in 2007, the number of domestic adoption exceeded adoptions abroad for the first time, and the Ministry of Health and Welfare said public perception of adoption is slowing changing but there is a still long way to go.

Nearly 90 percent of children who are adopted in Korea are children from single mothers. Lee Kyung-eun of the Welfare Ministry said, « There is still a strong stigma and little support for single mothers to raise their kids alone in Korea. »

Among 1,013 children who were put up for overseas adoption here last year, 775 or 76.5 percent were adopted by U.S. families. Sweden is a distant second with 74, followed by Canada with 60, Norway with 43, and Australia with 18.

Cho Hye-jung of the Department of Child Studies at Chongshin University said, « From August next year, those who wish to adopt children will need authorization from the family court. That could become an obstacle and further decrease the number of in-country adoptions. Of course we need to work toward reducing the number of young single mothers, but a more fundamental way to reduce the number of children who are put up for adoption would be much more support to single mothers who wish to raise their babies. »