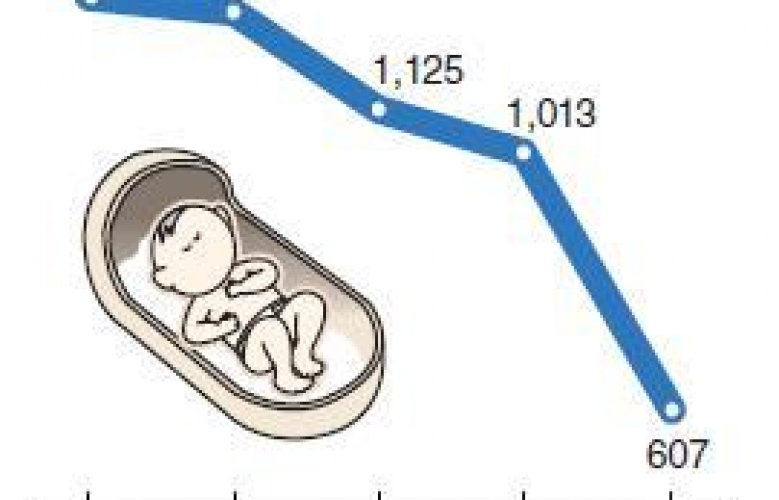 The government may have to deregulate overseas adoption in order to fit into an international pact that prioritizes children’s welfare over their country of origin.

Korea, which has gradually reduced the number of overseas adoptions by 10 percent every year, is likely to uncap the number to encourage more children to find homes, observers said. There were 1,013 overseas adoptions in 2010, down from 2,101 in 2005, two years before the regulation was implemented.

According to the Ministry of Health and Welfare, the government is planning to sign up to the Convention on the Protection of Children and Cooperation in respect of Intercountry Adoption. The Convention was developed to ensure that adoptions take place in the best interest of the child and with respect for the child’s fundamental rights.

Korea’s becoming a signatory is expected to provide overseas adoptees with better security, predictability and transparency in or after the adoption process.

But also expected is the possibility of withdrawal or loosen-up of overseas adoption quota in order to seek all parentless children find homes since the convention recognizes that international adoption may offer a child a permanent family that would not otherwise be possible. 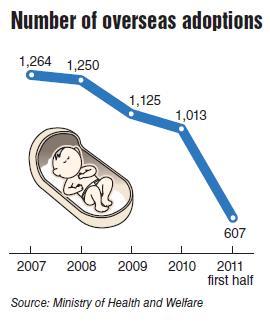 According to the welfare ministry, about 55.9 percent of parentless children are staying at facilities such as orphanages and nursing homes. Only 16.2 percent are adopted by either domestic or overseas families.

There have been claims that the government regulation has hindered the welfare of parentless children as they miss the chance to meet their families due to the tedious authorization procedure.

“Sometimes, parents have to wait for more than a year to meet their children though they have already decided which child to adopt. The government should consider what the best is for the children,” an adoption agent grumbled to a local media. She said foreign parent-candidates have filled up the next year’s quota already.

“It is true that we may have to change the quota,” admitted Lee Gyeong-eun, a ministry official. “However, what the government is planning to do is to encourage domestic families to adopt the children while strengthening foster families and other systems to provide quasi-homes to these children in Korea.”

Meanwhile, ministry officials said the Convention is likely to open doors for foreign children to be adopted to Korean families.

“Currently, the majority of foreign adoptees are children of foreign spouses from their previous relationships. But the convention will set grounds for foreign children without any connection to Korea to fine their families here,” said Park Eun-jeong, a ministry official.